Paris – the city of so many dreams and promises – has its own special ring in the ears of harpists. In hardly any other place in the world has the harp been played so much, had so many compositions written for it and been so popular. It is no coincidence that all the great works for harp on this CD were written in Paris – for that is its home town. landscape. 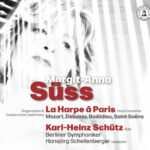 Margit-Anna Süss has a busy international career as a soloist, chamber musician and teacher. A new recording of Debussy’s Danses sacrée et profane for harp and strings, in which she was closely involved, is about to be released by G. Henle Verlag in autumn 2022. An innovation is that her arrangement of the harp part returns to the original score for the first time. Karl-Heinz Schütz is Solo Flute of Wiener Philharmoniker and therefor in the same position at the Wiener Staatsoper, having held the same position with the Stuttgarter Philharmoniker or four years, and with the Wiener Symphoniker from 2005 to 2011. For more than five decades, the Berliner Symphoniker have been an integral part of Berlin’s musical and cultural life and enrich the German orchestra landscape. Hansjörg Schellenberber is Chief Conductor and Artistic Director of the Berliner Symphoniker.

A master class will be held in Sachrang from July 24 to 30. Sachrang is a small idyllic mountain village located at the end of the “Priental” between Chiemsee and Kufstein, directly on the Tyrolean border. It invites you as a place for silence and relaxation, for mountain hiking or even winter sports. And of course it is the perfect place to work on the oboe repertoire together with Hansjörg Schellenberger! Further information: www.musik-forum-sachrang.de

In the course of a long international career embracing several different fields of musical activity, Hansjörg Schellenberger has made a well-respected name for himself as an excellent solo oboist with the Berlin Philharmonic, as founder of an ensemble, as a conductor with wide orchestral experience, and as a deeply committed teacher.

The legendary Jan Koetsier instructed him in the use of the baton while Schellenberger – who was incidentally also an academic mathematician – was studying what was to become the focus of his attention with Manfred Clement. Thus it happened that he was never just an oboist. Decades of observing, scrutinising scores and comparing interpretations at first hand on the podium or in the orchestra pit all combined to form the basis of a second career that has now extended into the international sphere.

Amongst the many high-quality orchestras which regularly welcome Schellenberger on to their rostrums are the Camerata Salzburg, the Spanish National Orchestra, the Orchestra Verdi of Milan, the Orchestra della Svizzera italiana and the German Radio Philharmonic of Saarbrücken-Kaiserslautern.

Hansjörg Schellenberger was appointed chief conductor of the Okayama Philharmonic Orchestra in October 2013 for two years. His contract was renewed initially until 2019 and has now been extended for another three years, until 2022, in view of their exceptionally close and successful collaboration.

The artist has demonstrated his work as a musician on more than fifty CDs with all the major recording firms. Moreover, 1997 he founded his own label, Campanella Musica, on which he himself is represented with works by composers such as Carl Philipp Emanuel Bach, Joseph Haydn, and Ludwig van Beethoven as well as with a French baroque program and various works by modern classical composers. 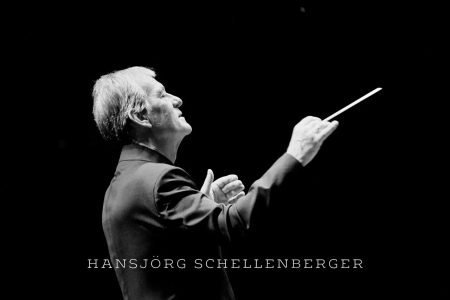 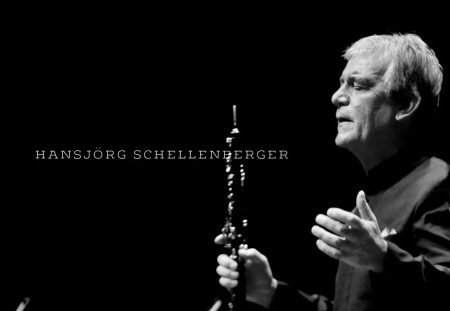